Take this wall down by the docks in Auckland, for instance. It looked like it had been made out of old weathered packing crates. 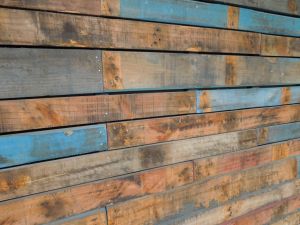 The Carnivore just shook his head. Why are you taking photos of this piece of junk? But I thought the soft aged colours were beautiful.

Then there was this building nearby. Patterns of lines and colours. Very cool. 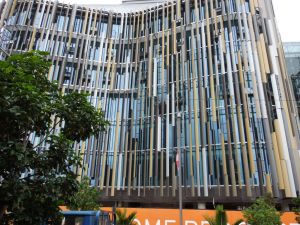 At the aquarium the jellyfish looked like an abstract painting, softly glowing. 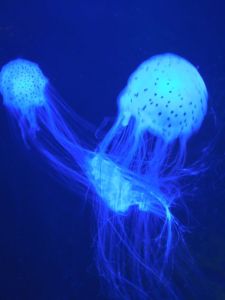 Or maybe some kind of alien life form? So pretty!

We took the ferry to Devonport quite unexpectedly, having to fill in a couple of hours before our harbour cruise one morning in Auckland. Imagine my delight in finding a whole row of poles along the street covered in crochet! Naturally I had to embarrass my family by taking scads of photos. 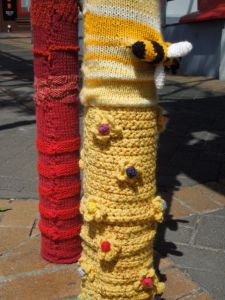 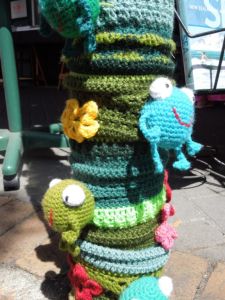 Aren’t those frogs just the cutest?? I just love that there are people out there who see a whole bunch of plain poles and think wouldn’t it be great to cover those suckers in crochet? So whimsically pointless, but why the hell not? 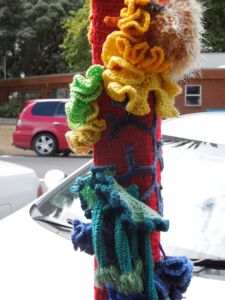 Further north I was taken by the light through foliage, particularly the marvellous umbrella-like spokes of the ferns. 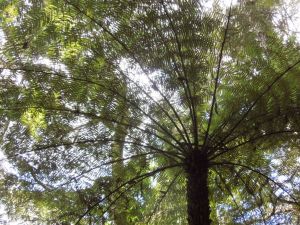 Out on the beautiful Bay of Islands I loved this pop of bright orange against the blue water. This photo doesn’t do justice to the colour of the water there, though, which was a glorious deep blue, shading to a clear green in the shallows. 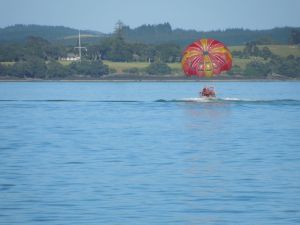 So much colour everywhere! And of course I’m all about the colour, so I loved it. I have lots more pretties to show you, but I’ll save them for another post lest you die of old age waiting for the page to load.