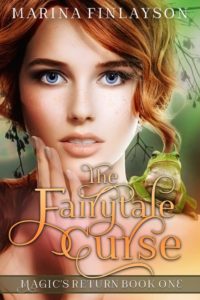 Most people only wake up with hangovers after parties. Seventeen-year-old Violet wakes up with frogs falling out of her mouth whenever she speaks, and her twin sister CJ’s dripping diamonds with every word. As if starting at a new high school wasn’t hellish enough, they’ve been hit with a curse straight out of a fairy tale, with not a handsome prince in sight.

Apparently Mum and Dad don’t work for the military after all, but for a secret organisation dedicated to keeping the magical denizens of the world safely locked away. These are not the harmless fairies of children’s tales, but powerful beings with a score to settle for their long years of imprisonment. Now the barriers are failing, and if Vi can’t find answers fast the world will be overrun with vengeful fairies. And then there’ll be no happily ever after for anyone. 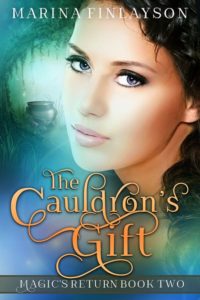 When Vi and her twin sister CJ started spitting frogs and diamonds with every word, they discovered their parents worked for a secret organisation dedicated to keeping the magical denizens of the world safely locked away. Vi thought life couldn’t get any weirder, but then Dad became a bear, and her world really fell apart. Because it’s starting to look like that’s one spell the warders can’t undo. They’re all too busy trying to unmask the traitor who is secretly aiding the Sidhe.

Vi managed to keep the Sidhe from breaking out of their magical prison, but she couldn’t stop the Morrigan from stealing back the great cauldron of the Dagda. And of course now CJ says the only way to save Dad is to get that cauldron back from fairyland. Talk about a suicide mission. Vi would have to be crazy to consider it, but as time runs out for Dad and the Morrigan threatens everyone Vi loves, craziness starts to look like the only sane option.