Good news! Moonborn, the story of how Garth became a werewolf and what he did to get exiled from the pack, will be available next week. It’s a prequel to The Proving series, so Kate doesn’t appear, but a few familiar characters show up (although they’re all much younger!).

It’s a novella, so less than half the size of my novels, but packed full of excitement. Poor Garth gets put through the wringer, but torturing your characters is one of the great joys of being a writer, and I’ve really loved spending some extra time with Garth. He’s always such fun to write!

That’s him on the cover there, looking all young and handsome. He’s about fifteen years younger here than in the Twiceborn books.

The cover was done by my talented friend Shayne of Wicked Good Book Covers. 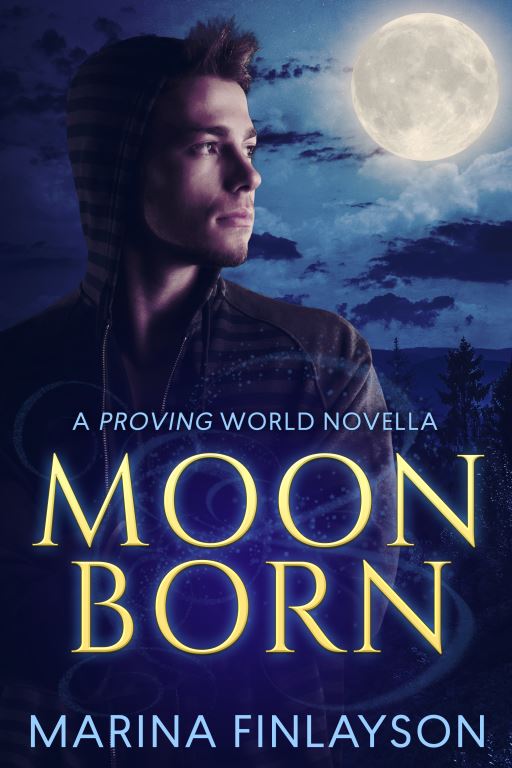