The Proving series has had a makeover! My wonderful cover designer made fantabulous new covers for Twiceborn, The Twiceborn Queen, and Twiceborn Endgame. Aren’t they gorgeous?

I’m thrilled—I always wanted Karri to design the covers for this series, but she was booked solid, so I went with someone else. While I was happy with the original covers, these new ones are truly gorgeous, and the model has a gutsy go get ’em look to her that really captures Kate’s spirit. Same fast-paced, dragon-filled adventure inside, but now I think the covers reflect the action and excitement of the books much better, so I am one happy author!

Half human, half dragon, all vengeance: Kate is back for the final struggle that will tear the dragons’ world apart.

No one said being half dragon would be easy, but Kate O’Connor’s life has gone completely off the rails. She thought she’d won the succession war between the daughters of the dragon queen, until a shocking betrayal changed everything.

Now seven new sisters have joined the fray, a sinister government taskforce is gunning for her, and the Japanese queen has hit town, bent on snatching the throne for herself. Worst of all, her beloved son has been abducted.

The shifter world has never seen a proving like this one, but then, there’s never been a dragon quite like Kate before. She’ll need her human ingenuity as well as her dragon magic to save her son and everyone she holds dear. The final moves in the deadly endgame take her from goblin caves to Japanese palaces as she races against the clock to snatch victory from the dragon jaws of defeat.

And that’s a wrap! Twiceborn Endgame is the final book in the urban fantasy trilogy The Proving. I’m so pleased to be finished. That’s something I can cross off the bucket list now—I’ve written a trilogy!

Twiceborn Endgame is available on Amazon now. Give yourself an early Christmas present and find out how the story ends!

You’re writing along, making up a story, and the words are flowing—you don’t want to bring it all to a screeching halt so you can check your facts. You can do that later, in the editing phase. So you just make something up and keep going.

I had a lot of fun recently scoping out locations for Twiceborn Endgame, when it finally came time to check those facts. The Park Hyatt features in the story. I knew where it was, but I’d never been there, so one Sunday my very patient husband and I drove into the city on a factfinding mission.

This is the entry, which doesn’t look all that exciting, tucked into a little street right next to the ramps that feed onto the Harbour Bridge. You can see the hotel is not very tall. 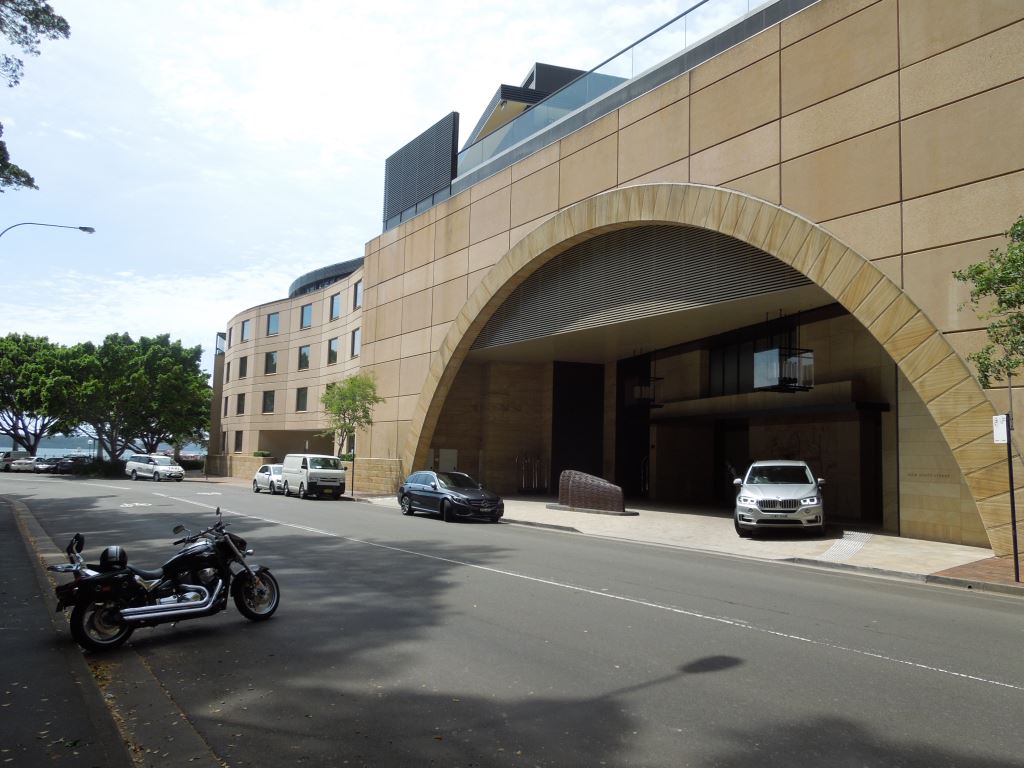 The view is all on the other side of the building, and it’s spectacular. The hotel is designed so all the rooms have the view. Now I want to stay there! The blue waters of the harbour are laid out before you, and the Opera House is so close you could almost touch it. That’s the front of the hotel on the left. 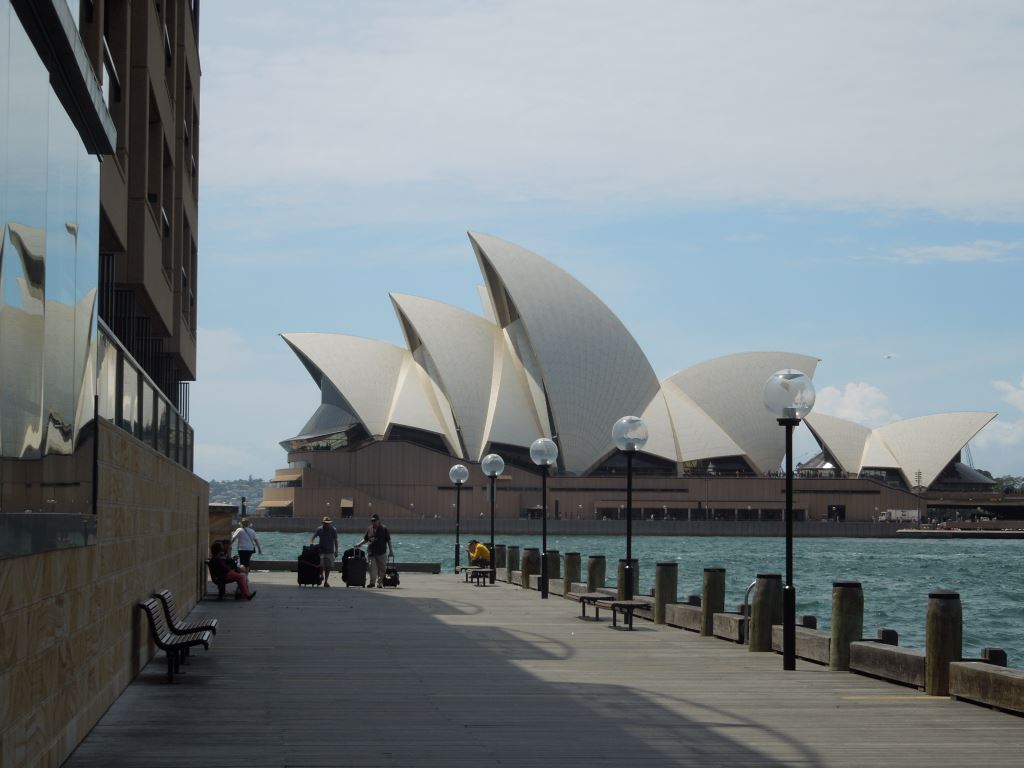 It was kind of awkward and fun at the same time. We wandered in and I surreptitiously took photos of the foyer. 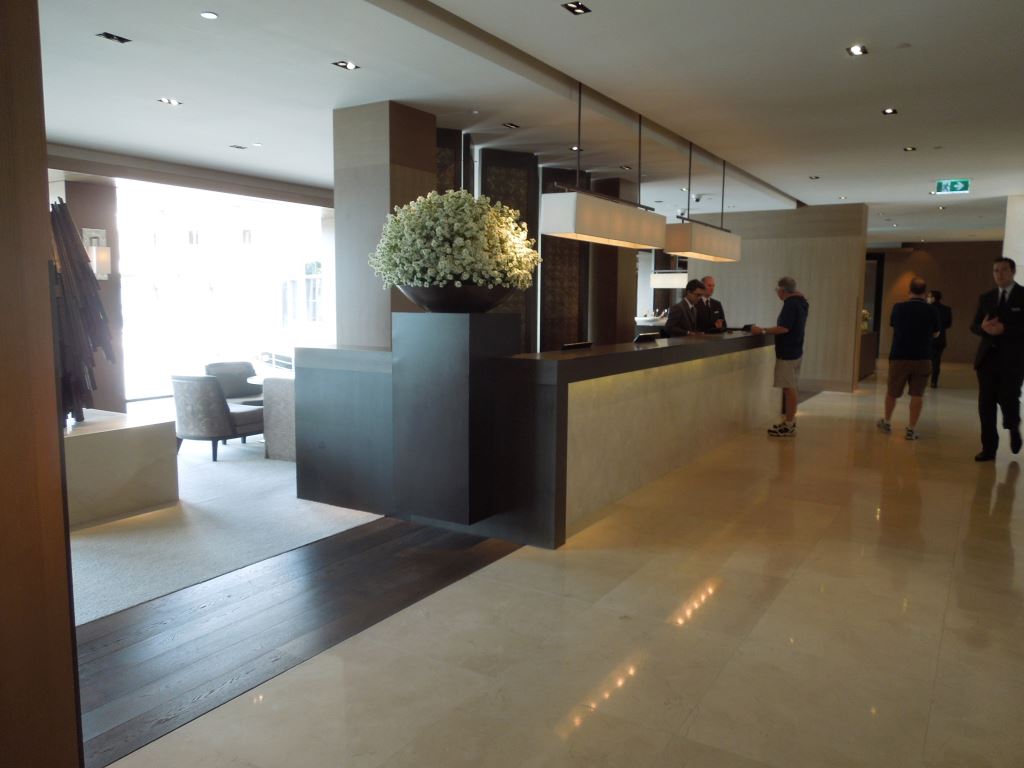 I’d set some of the action in a room on the sixth floor, but neither of us were sure how many floors there were until we got there. We just knew it was a low-rise hotel. I also needed to know if you needed a room keycard to operate the lift. I felt like an imposter as we snuck into the lift. We were going to look pretty stupid if we did need a card and we had to get straight out again. At the same time I felt like some kind of ninja spy, sneaking around doing surveillance. It was really fun.

I know, the life of an author is so exciting. I need to get out more.

As it turned out, we didn’t need a card, and there is no sixth floor, so we went up to the third floor and I had a little peek at the décor, so I could get the descriptions right. This little statue even made it into the book: 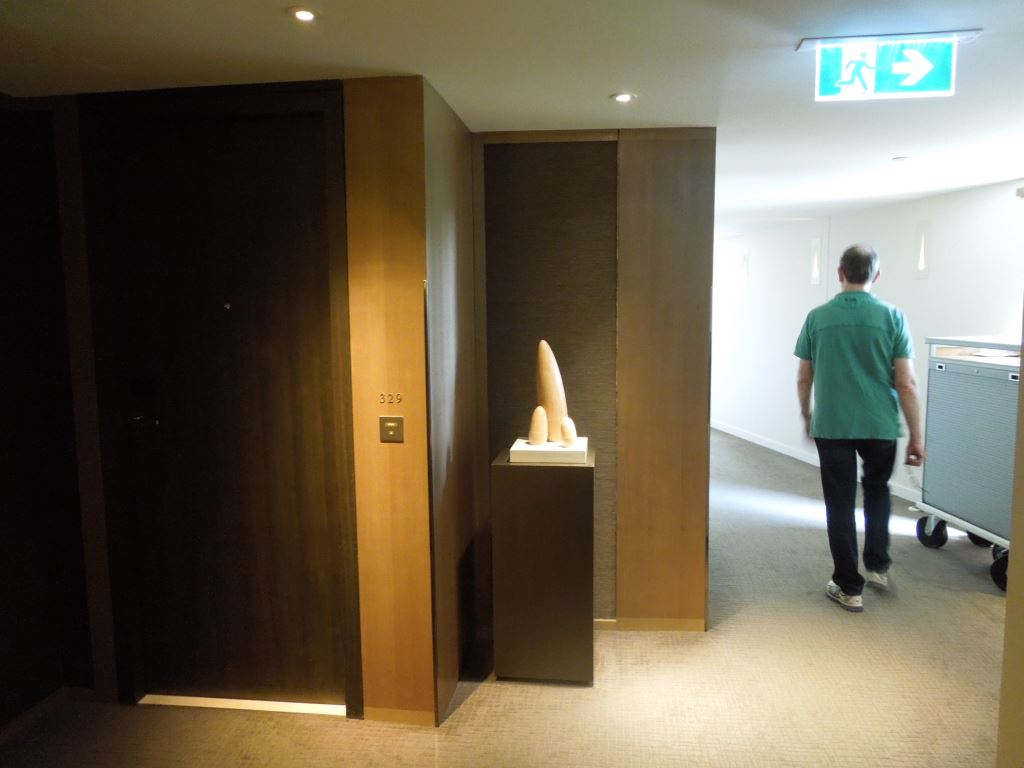 After that we drove to the airport to check out where the rich people board their private jets. My poor husband drives to the airport all the time for work, so it was hardly a thrill for him, but I got a good idea of the layout and how the action would have to go, so it was worth the trip.

Next step: set a book somewhere really exotic, and do a slightly more upmarket “research trip”. Might have to become a bestseller first, though, to be able to afford it!

I love it, and I can’t wait to see it sitting side by side with the first two on Amazon. That should only be a couple of weeks away now. It’s still with the editor, but should be back any day now. Hopefully she won’t suggest too many changes, then it’s off to the formatter and we’re into the home stretch. Still have to write the blurb, though. I always put that off until the last minute! Considering how short they are, blurbs are surprisingly difficult to write.

This one will be a doozy, too. There’s so much going on in this book! So many threads to tie off, as it’s the last book in the trilogy. Lots of exciting twists, none of which I want to give away in the blurb, so I’m going to have to give it careful thought. Kate has more hair-raising adventures! And does kick-ass dragon stuff! (Sadly the blurb requires a little more detail than that.)

In other news, the second Fairytale Curse book has a name: The Cauldron’s Gift. It also has a most delicious cover, but I can’t show you that yet, as the book’s not due out for several months yet. I’ve had a stressful but exciting time lately working with the cover designer to come up with something that suited the book and was genre-appropriate. That’s another thing about publishing that’s not as easy as it sounds (though it’s a lot more fun than blurb-writing).

And of course it’s November, that time of year when crazy people all over the world commit to writing a whole novel in just one month. I was still finishing up revisions on Twiceborn Endgame when November started, and then I had a bit of a mental blank for a few days: what on earth would I write about? I was supposed to be writing the third Fairytale Curse book, but the prospect left me unenthused, so I sat down on November 5th and began a random new story instead.

So now I’m pulling my usual November stunt of madly scrambling to dream up enough story to be able to continue writing every day. “Writing is like driving at night in the fog. You can only see as far as your headlights, but you can make the whole trip that way.” Well, the road is exeptionally foggy, but I’m motoring on, trusting to the process. Hopefully I arrive at the end with a finished draft!

How about you? Are you doing Nanowrimo? How are you going?