Finally! After months of work—more months than I’d hoped, due to the whooping cough making everything take sooo much looooonger—The Twiceborn Queen is almost ready for release.

Kate’s adventures continue and, while her situation may have become happier, life certainly hasn’t gotten any easier for my poor heroine. Writers are such sadists! We love throwing roadblocks in our characters’ way and seeing how they cope. The Twiceborn Queen picks up the story only a few days after the events of Twiceborn:

“Kate O’Connor’s had a rough week. Thrown into the middle of a war of succession between the daughters of the dragon queen, her introduction to the hidden world of the shifters almost proved fatal. Now, because of Kate and her new powers, that hidden realm has been revealed to the world, which hasn’t exactly won Kate any popularity contests.

Still, it’s not all bad news. After all, it’s not every day you regain a loved one you thought lost forever. Throw in a hot new boyfriend, and suddenly Kate’s got a lot to live for—which is bad timing, because now the queen’s set a bounty on her head and every shifter in Sydney is trying to collect it.

Kate may have defeated a dragon already, but there are plenty more where that one came from. As her enemies close in and the body count mounts, Kate begins a desperate search for allies. The deadly game of the proving continues. If Kate is to save the people she loves, failure is not an option. The rules are simple: win or die.”

And now, at last, I can show you the gorgeous cover: 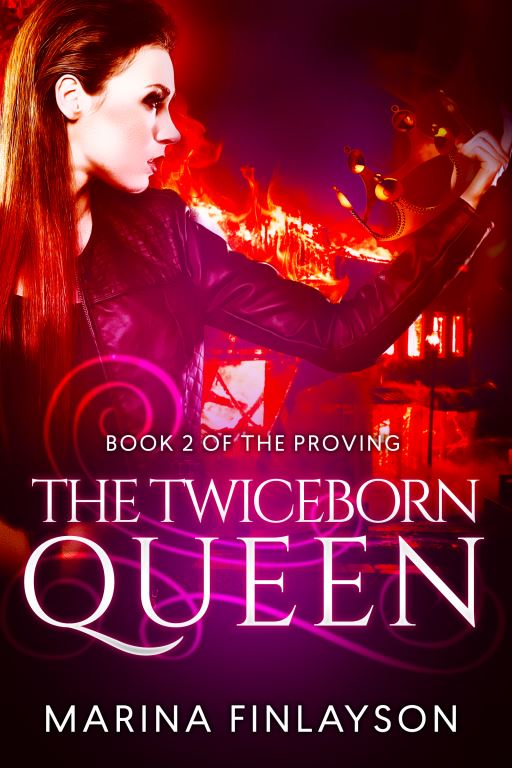 The book will be out next month. If you’d like to know when it’s released, and have the opportunity to buy it for only 99 cents, join my mailing list here.