I enjoyed most of them – the ones I don’t enjoy tend not to get finished – but here are a few of my particular favourites in case you’re looking for something new to read. 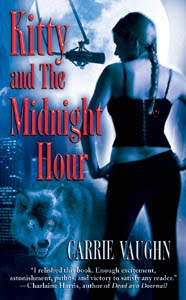 I took the plunge into a new field this year and started reading paranormals. The Carnivore did too, and he’s actually read more of them than I have, so it’s not true that these kind of books only interest women. One series we both enjoyed was Carrie Vaughn’s Kitty series, which starts with Kitty and the Midnight Hour. Kitty is a late-night DJ whose talkback show centres on the supernatural, a topic she’s well qualified to discuss, since she’s a werewolf. Each book in the series is a stand-alone adventure in Kitty’s complicated life but they also show interesting developments in characters and themes over the series. Lots of fun to read.

I read a lot of Young Adult this year. This stuff is not just for kids! I’ve read so many great YA books this year I couldn’t pick a favourite. 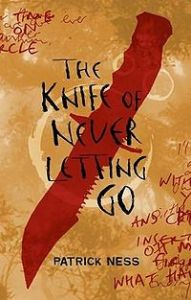 The Knife of Never Letting Go by Patrick Ness, for instance, has the most awesome first line:

“The first thing you find out when yer dog learns to talk is that dogs don’t got nothing much to say.”

How could you resist reading on after that? The premise is fascinating too. Todd lives in a world where men are afflicted by “the Noise” – they broadcast their thoughts constantly and uncontrollably, so there’s no peace or privacy anywhere. There are also no women, since they were all killed off by the germ that caused the Noise. At least, that’s what Todd has been brought up to believe. But just shy of the birthday that marks him officially as a man, he discovers everything he’s been told is a lie – and then the killing starts.

A warning though – it has a shameless cliffhanger ending, so you might want to wait till you get your hands on the next books in the trilogy if that bothers you. 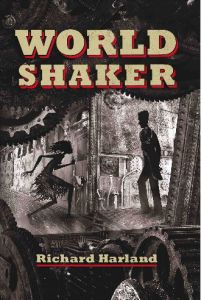 World Shaker by Richard Harland is a YA with a completely different feel, though it too deals with a young man’s discovery that his whole world is a lie. Col’s privileged life aboard the massive rolling city World Shaker is very British and proper. Think cups of tea and cravats. Col’s grandfather is the Supreme Commander of the juggernaut, and Col takes his place at the top of the food chain for granted until the night an escaped Filthy bursts into his room. She begs him to hide her from those who would torture her and change her into one of the zombie-like Menials.

Col is both fascinated and repelled; he has never in his sheltered life seen a Filthy or the frightening Below where they work. He hides her in spite of his certainty that Upper Decks people would never stoop to torture, but of course he’s wrong, and his entanglement with the Filthy girl opens his eyes to the truth of his privileged world and the rottenness at its core.

The worldbuilding is phenomenal, with the marvellous World Shaker itself, the Victorian culture, even the way they speak and think very convincing. 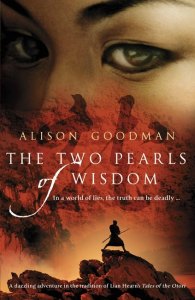 Another culture I love to visit in fantasy novels is the Asian-inspired one, and Alison Goodman’s The Two Pearls of Wisdom is a fine example (also published in other countries as Eon: Dragoneye Reborn, Eon: Rise of the Dragoneye or just plain Eon). I’ve actually read this one twice this year, having just reread it this week, and it’s well worth a second visit.

Eon is struggling to complete the harsh training necessary to become a Dragoneye, one of the lords who communicate with the powerful spirit dragons that protect the realm. Struggling because he’s a cripple, but also because he is actually a she – a secret that would prove fatal if anyone should discover the imposture. But when the Mirror Dragon returns after an absence of 500 years and chooses Eon as its Dragoneye, Eon is suddenly thrust into the centre of a desperate struggle for the emperor’s throne, and the secret of her gender is no longer the most dangerous secret she has to hide.

Vivid characters in this one and interesting themes of loyalty, honour and identity and how gender impacts on them. 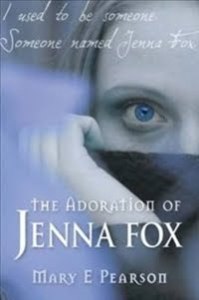 And for more on themes of identity, how about an amnesia book or two? I’ve read quite a few books where the main character has total amnesia and is trying to rediscover the truth about themselves – it seems to happen in fiction a lot more than it does in real life, thank goodness. It’s a storyline that never gets old for me. It’s like the ultimate detective story.

The Adoration of Jenna Fox by Mary E Pearson is a YA science fiction take on the theme. The mystery at the core of Jenna’s identity caught me completely by surprise and was very cool. 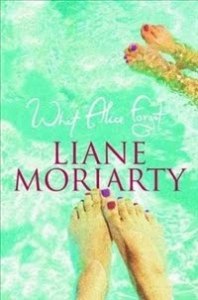 What Alice Forgot by Liane Moriarty is a mainstream adult novel asking the same question: who am I really? When Alice wakes up in hospital after an accident at the gym she’s forgotten the last ten years of her life. As far as she’s concerned, she’s happily married to the love of her life and expecting her first child. It’s a bit of a shock, therefore, to find she has three children and is in the process of divorcing her husband. What went wrong? And what aren’t people telling her about the best friend she doesn’t remember?

This is Liane Moriarty’s third book and I’ve enjoyed them all. They’re layered with good characters and subplots. They may only deal with the small dramas of a woman’s life, but they do it in a big way, addressing universal themes of love and loss.

Liane is a Sydney girl, too, and her books are set in Australia, which is a nice touch for us Aussies, when so many books we read are set in America. I used to work at the same company Liane did, though our paths never really crossed. It gives me a special interest in her career – but, trust me, her books are worth your time no matter where you live. 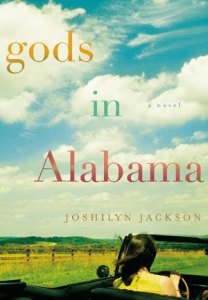 A couple of other books I loved last year that also weren’t fantasy (see, I do occasionally branch out!), were gods in Alabama by Joshilyn Jackson and, for sheer good fun, Agnes and the Hitman by Jennifer Crusie and Bob Mayer.

I’ve read three of Joshilyn Jackson’s books and loved them all. They’re all set in the deep South of the US, full of marvellously colourful characters living in dysfunctional families. Her writing is beautiful, insightful and witty. Incidentally, she also writes just about the funniest blog on the internet, 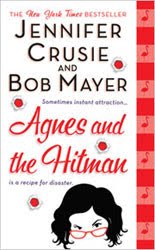 Agnes and the Hitman is fun from start to finish, the literary equivalent of eating a whole box of chocolates at once, only without the feeling-sick-and-guilty-afterwards part. Agnes, a feisty chef, is catering the wedding from hell in her own dilapidated Southern mansion. If that’s not bad enough, men keep appearing in her kitchen trying to kill her. Luckily one of these strangers turns out to be Shane. He’s a hitman too, but he’s on her side, sent to protect her by a shady uncle. Mayhem and romance ensues. 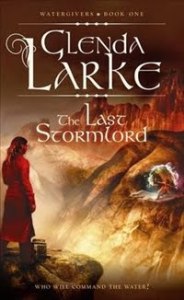 Glenda Larke’s The Last Stormlord I already told you about here, but it remains my favourite adult fantasy of the year. Amazing worldbuilding – a real treat for fantasy lovers. 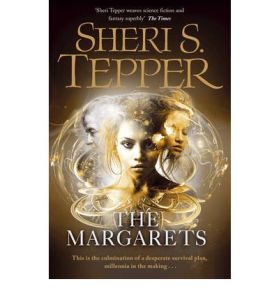 The Margarets by Sheri S Tepper made my brain hurt, but in a good way. I had to work hard for this one. It’s complex but immensely rewarding science fiction. At various parts of her life, different aspects of Margaret’s personality split off and disperse throughout the galaxy, taking on different names and living different lives. One is a queen, one a healer, one a slave. One is even a man. Their stories intertwine throughout the book until the finale, when all the different Margarets must come together again to save mankind.

Putting it so baldly doesn’t do the story justice at all. It’s richly imagined and detailed, and each of the seven stories would make a good book just on its own. Deep and surprising. 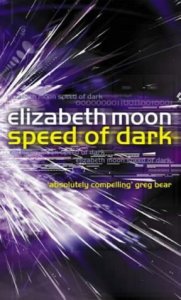 I didn’t read much science fiction, but another of my favourites was sf too – Speed of Dark by Elizabeth Moon. I’ve only read her military sf before, so this one was a surprise. It is a deeply moving exploration of the questions: Is autism a disease that should be cured? And if you were offered the possibility of a “cure”, should you take it, knowing that, though you might be “normal” afterwards, you might lose the very things that made you “you”?

Lou, a man with high-functioning autism, faces these questions and tells his story in his own voice. You feel as if you’re really inside his head, seeing the world with all its frustrations and difficulties the way he sees it. And yet you can also see that the life he has is a good one, and the often astonishing capabilities autism brings him are not things to be thrown away lightly.

It’s an amazing insight into the mind and life of an autistic person. I can’t help thinking that this book could have been a bestseller like The Curious Incident of the Dog in the Night Time, another book with an autistic narrator, if it hadn’t been marketed as sf. The only science fiction component of it is that a cure is available for autism. Everything else is perfectly mainstream. Yet other books with more sf in them, like The Time Traveller’s Wife, get marketed as mainstream and make a killing. The Speed of Dark deserves a much wider audience than it has. Hell, it deserves to win literary awards. Even if you never read sf, you should read this book. It will blow you away.