And the word for the year is …

Need to do more of that this year! The house is bulging with unfinished projects. UFO (UnFinished Object) sightings in every room. I don’t know how the poor Carnivore stands it. He’s so neat and ordered himself, and I’m so … not. Unfinished books, unfinished quilts, remnants of crazes past, my stuff is everywhere. No room is safe, not even his study, poor man. He really does love me.

He never complains, but it must bug him. It bugs me and it’s my stuff! And now it’s the new year, ’tis the season for decluttering. New beginnings and all that. So I’m determined to finish more things this year.

Last year – it feels so weird to say last year, can’t believe it’s 2011 already! – last year I finished very little. A grand total of one short story on the writing front, which is currently out on submission. Huge effort, I know. Did some revision work and of course started a new novel for Nano, but now it goes on the pile with the other unfinished first drafts. So not exactly a stellar year writing-wise.

In quilting the picture’s not much better. I only finished one actual quilt. 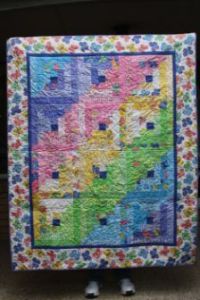 True, it’s a lovely one, just kind of lonely! I almost completed another, but had to admit defeat when it was about 95% done and my sewing machine started playing up. It was for a friend’s new baby, so at the last minute I threw together a blanket of polar fleece squares for him instead: 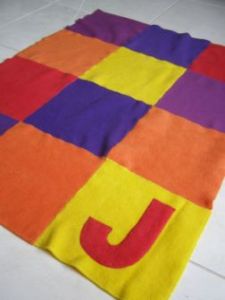 Hopefully soon I’ll find the time and patience to figure out what went wrong and get his real quilt done.

I made a table runner: 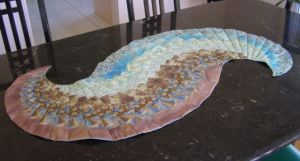 and a couple of stuffed toys: 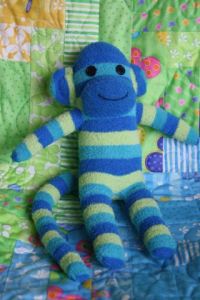 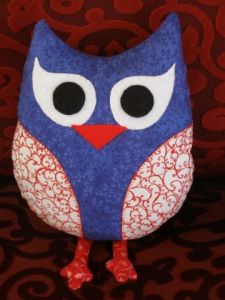 A pouch for my sister’s Kindle: 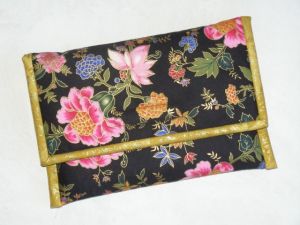 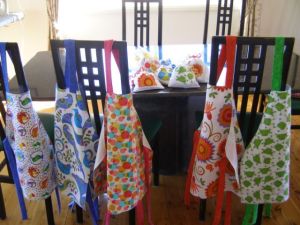 and a bag that still needs some finishing touches but hey, I’m calling it done (getting desperate here!): 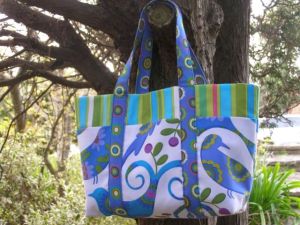 But boy, if I showed you pictures of all the things I started this year, my computer would explode. I went into a bit of a frenzy towards the end of the year. As Mum’s life got sadder and greyer I bought brighter and brighter fabrics. Playing with their beautiful colours cheered me up for a while. The credit card is still reeling and the cupboards are groaning, but it helped me, and I’ll have some gorgeous things to show you when they’re finished.

Which brings me back to that word again. Finish. Hmmm. I’ve always had trouble with that one! So I’m not going to be silly and promise not to start anything new until I’ve finished all the old projects. I know myself too well for that! Instead I think I’ll try to finish one sewing project a month, and get at least two of my three unfinished first drafts done before Nano rolls round again. I keep seeing these opportunities for unpublished manuscripts, and I don’t have one that’s polished enough to send anywhere. That has to change.

So, another busy year ahead. How about you? What are your plans and goals?

2 Responses to And the word for the year is …