3 ways to liven up your next dinner conversation

We are big believers in sitting down every night together for dinner and chatting. The ducklings are old enough now to be amusing dinner companions, and we have some good conversations, despite Baby Duck’s occasional derailments into Minecraft or Lego territory.

However, Baby Duck can sometimes take a loooooong time to eat dinner, and even the best conversations tend to trail off, leaving us all staring resentfully at him, waiting for him to finish. When that happens we have to get a little creative, and we have three tried-and-true methods for getting the party started.

An oldie but a goodie. Maybe it’s corny, but it sure can be fun and even quite young kids can join in. I have rarely laughed so much as watching the Carnivore try to get us to guess “The Bourne Identity”. What he was doing looked illegal in at least forty-three states.

I don’t know what this is really called, but I call it “three true things”. Everyone has to take it in turns to say three things that happened to them that day. Two of them must be true and one should be a lie. Everyone else then picks which thing they think is the lie.

The kids love this one! The trick is to make the lie believable enough that no one identifies it – or else pick a true thing that seems outrageous. The family gets quite creative trying to outsmart each other, but it’s also a good way to get some details of your children’s days, particularly if they’re the sort that says “all right” when you ask how school was.

Let me give you an example.

Demon Duck wrote: “The Neanderthal came alive out of the painting” and passed it to Baby Duck.

He did a real cracker of a drawing, with lots of careful details: 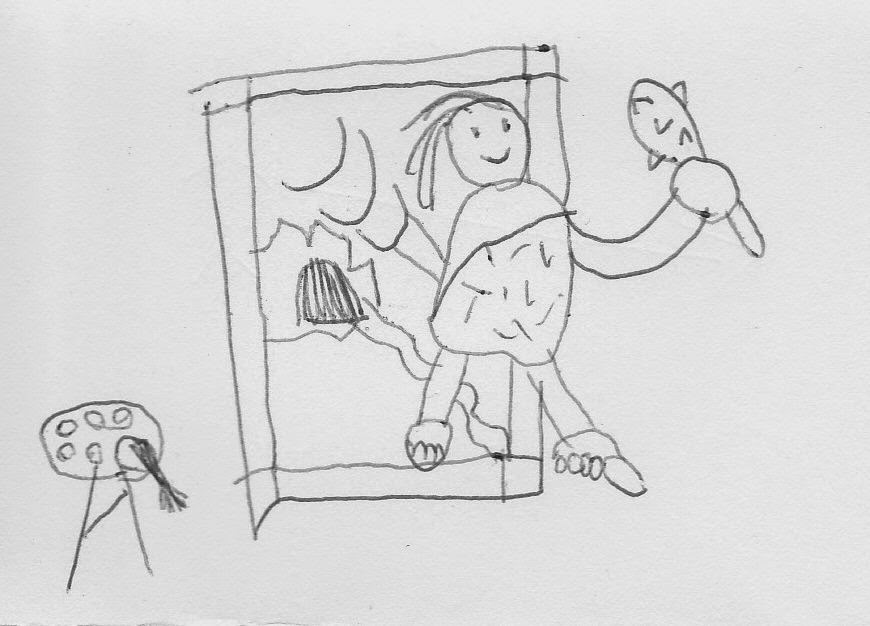 So the sentence I wrote was quite close to the original: “The caveman jumped out of the painting and came to life.”

Then we came unstuck. It was the Carnivore’s turn to draw: 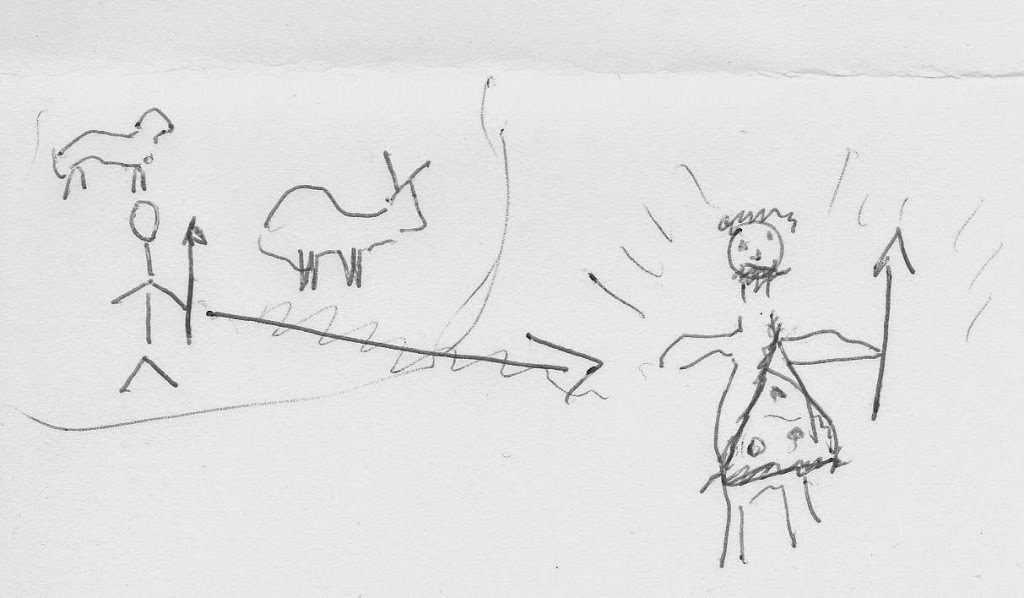 Not too bad, but he lost Drama Duck completely. Her sentence?

“The cave painting of the goat and the sheep(?) and the early human sent an arrow of super powers to the caveman nearby.”

Okay, now it’s your turn. Baby Duck gave me a sentence and this is what I drew. What sentence would you write to describe this drawing?