Konichiwa! The ducklings have had their first-ever overseas trip since last we spoke – eight days packed full of temples, shrines, trains and theme parks in the Land of the Rising Sun. (You have to guess which of the aforementioned they enjoyed most. Hint: it starts with “theme” and ends in “parks”.)

In many ways Tokyo was much like Sydney. Skyscrapers, tree-lined streets, cars and people everywhere. Starbucks, McDonalds, Subway. Yet in other ways it was very different. So many, many people, and hardly a non-Japanese face to be seen. Temples and shrines popping up among the office towers. Businessmen riding bicycles, their briefcases in the basket on front. 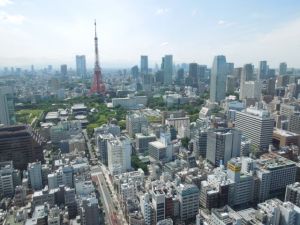 “So help us out,” said one tour guide, “and take some Japanese people home with you!”

Our first day in Tokyo was a beautiful clear day, and Tokyo Tower looked stunning against the blue sky. 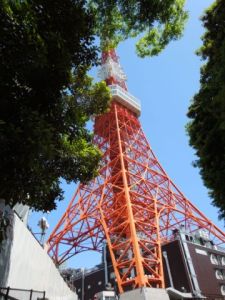 I thought this place was meant to be smoggy? Why are all these people in the street wearing face masks?

We had a sweet park on our doorstep. 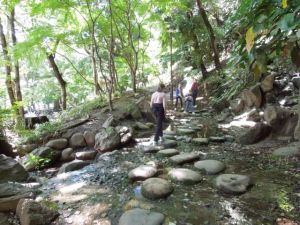 And a stunning temple just around the corner. 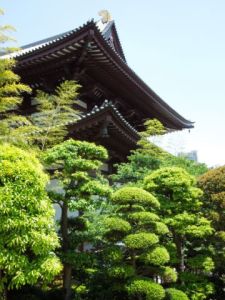 There are Shinto shrines everywhere, some big, some small, like this little one nestled on the side of a hill in the park. 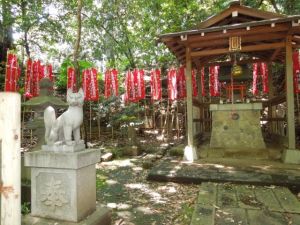 In the afternoon, after admiring the expansive view from the 40th floor of the World Trade Center, we glided up the Sumida River, passing under twelve brightly coloured bridges. 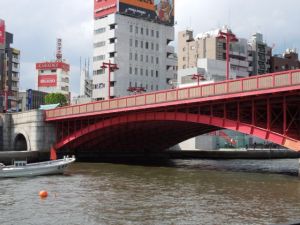 I was fascinated by the patterns everywhere: looking up under bridges, the ornate roofs of temples, railings, columns. Lots of things to inspire the travelling quilter. 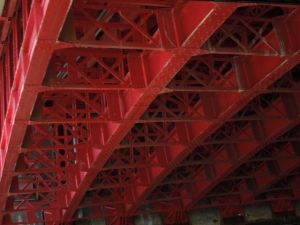 We did some souvenir shopping for the girls’ friends at a rather touristy marketplace at Asakusa, then visited the big Kannon Buddhist temple and neighbouring Shinto shrine.

Most Japanese happily combine the two religions in their lives.

“We are born Shinto and die Buddhist,” our guide told us. “And in December we all become Christian to celebrate Christmas!”

There was a large dog statue on either side of the Shinto shrine, which is common. The one with his mouth open is saying “ah”, the first syllable, representing birth and beginnings.

This one, with his mouth closed, is saying “mmm”, the last syllable, representing death and endings. 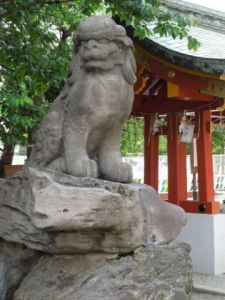 After our long overnight flight and busy day touring, we started to flag by dinner time. Finding somewhere to eat was a little challenging, as many places had no English menu, and the ducklings had had enough foreign adventures for one day. We ended up at a little Italian place where the owner spoke English (as well as Japanese, Italian and Spanish!). The food was great and comfortingly familiar, and we got to admire the Tokyo Tower in all its nighttime glory on the walk back to the hotel. 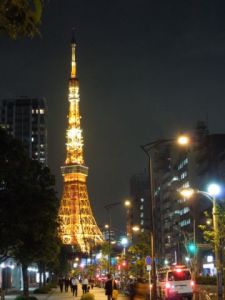 All in all, a most satisfying first day in Japan. But what inspired the most awe and wonder in the ducklings? Was it the magnificent gold-encrusted Buddhist temples? The endless vista of Tokyo laid out at our feet seen from on high? The insights into an exotic and foreign culture?

No. It was the toilets.

So fascinating were the plumbing arrangements they deserve their own post. So stay tuned for “True Tales of Tokyo Toilets”.

One Response to The ducklings’ big Japanese adventure: Tokyo