Saying “I love you” with Weetbix

Weetbix as an artform? Breakfast is never just breakfast at our house. It’s an opportunity for whoever gets there first to leave a Weetbix artwork for the other. And given my general dislike of mornings, it’s usually the Carnivore leaving gifts for me.

Some mornings it’s a simple stack, or a triangle. Stonehenge is a popular choice, though sometimes it looks more lik Pi, with a bit of a lean on one of the legs. 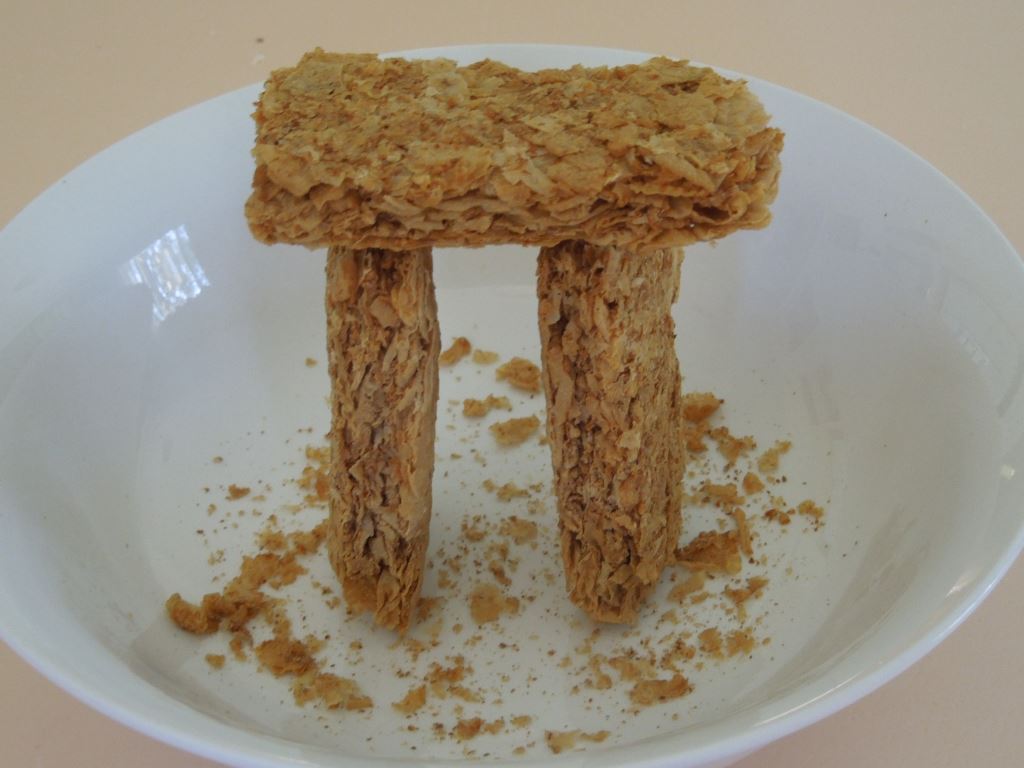 Occasionally we have a flying Weetbix bird. Or maybe it’s a biplane. What do you think?

And then there is that elusive beast, the Weetbix bridge. This miracle of balance and engineering is the rarest of masterpieces, often sought, but rarely achieved. Both the Carnivore and his apprentice, Baby Duck, were celebrating success when I came out for breakfast the other morning.

I present to you: The Weetbix Bridge 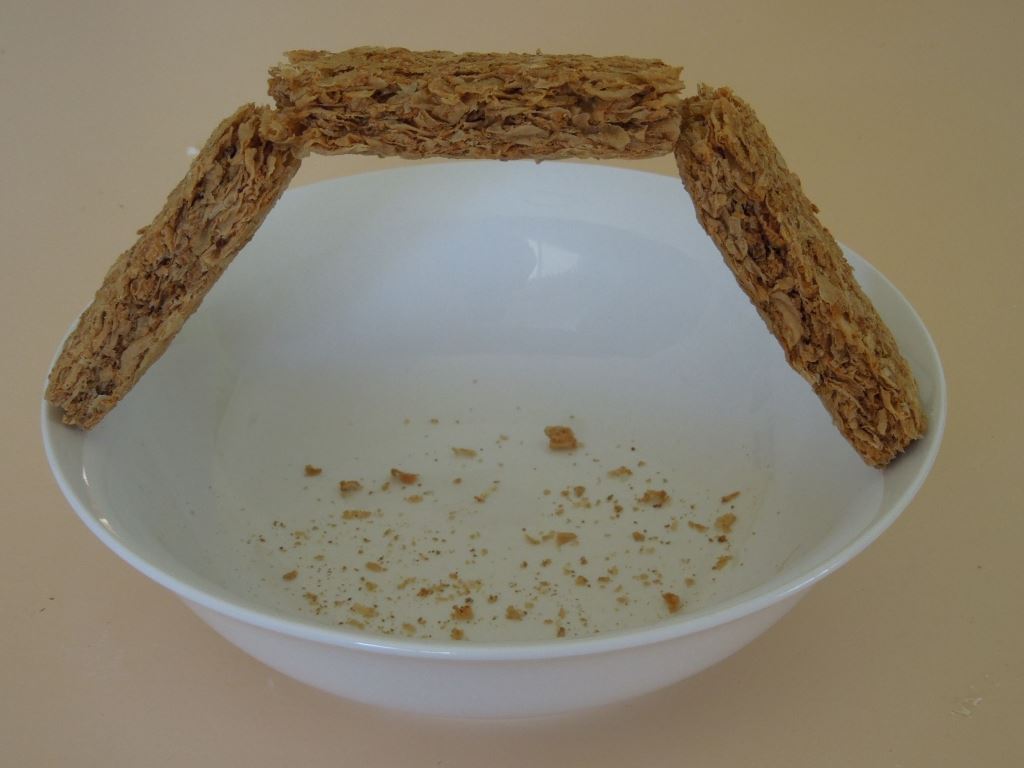 It occurred to me the other day that relationships are full of Weetbix bridges—little things that people do for each other, for no other reason than to make the other person smile. Silly little rituals that only have meaning for the people involved, that are just another way to say “I love you”. Relationships, particularly longstanding ones, are full of in-jokes and personal histories that make them unique, and it’s capturing exactly these sorts of things in writing fiction that can make characters appear to be real people.

And besides, they’re fun! Do you have any little personal rituals, any “Weetbix bridges”, of your own? Share them in the comments!

2 Responses to Saying “I love you” with Weetbix