Look what’s about to be released—Murdered Gods, Book 2 in my Shadows of the Immortals series! 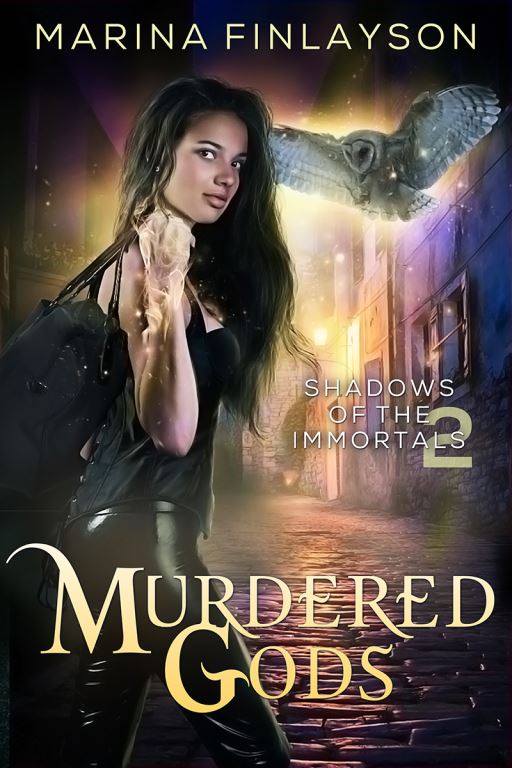 Here’s a little snippet to whet your appetite:

It’s not every day you have a beer with the Lord of the Underworld. I’d shared drinks with him before, but that was when I thought he was a vampire named Alberto Alinari. Today he’d revealed, in spectacular fashion, that underneath the undead exterior he was actually Hades, king of the dead.

I was surprisingly unfazed by this discovery. What can I say? It had been a rough couple of days. Stealing magic rings out from under the nose of the most powerful fireshaper in the land, statues coming to life, betrayals and counter-betrayals … yeah, it had been a busy week. And we weren’t done yet.

The beer was cold, and most welcome after the oh-my-God-I’m-about-to-die stress of the fight outside. The wet glass left damp rings on the shining wood of the bar. It wasn’t like Alberto—excuse me, Lord Hades—to forget the coaster, but I guess it had been a stressful morning for him, too, what with saving us from imminent death, just in the nick of time. Alberto always had been one for the big, showy gesture.

“You going to drink that, or just push it around in circles?” the Lord of the Underworld asked in a rather testy tone. He was most particular about the pristine surface of his bar, which he usually kept polished to a shine you could see your face in.

I picked up my glass and chugged the beer, the amber liquid sliding down my parched throat, then slammed the empty glass back down on the bar. “Drink it.”

He raised one perfectly arched eyebrow. I’d always thought he looked like the stereotype of a vampire—dark hair swept back from a pale, high forehead, with a certain air of elegance in his clothes and manner. Now I wondered if he really looked like that at all.

“Please.” I watched him refill the glass, then rather pointedly wipe the bar clean of wet spots. “Unless you’ve got some ambrosia back there.”

“It’s overrated.” He poured some milk into a saucer and set it beside the beer. Syl leapt up onto the bar and lapped daintily at it. “Fine if you’ve got a thing for liquid honey, otherwise you’d probably find it too sweet.”

“I can’t believe we’re having this conversation.”

*Me either,* Syl said into my mind, her pink tongue carefully cleaning drops of milk from her whiskers. *Ask him what Hell’s like.*