How long have I been writing? Depends on what you count as writing.

There was that little Easter story I wrote and illustrated for my mother when I was about seven. So cute! Or the three exercise books I filled with the story of the Romney children when I was in fifth class. It was a blatant Enid Blyton Famous Five rip-off, but despite all those words, I never finished it.

My next big writing spurt was in Year 8. I had a fabulous English teacher, who was very encouraging of my writing. (As it happened, his name was Brian Caswell, and he’s now a well-known writer himself.) I actually managed to finish a book that year. By then I’d progressed from Enid Blyton rip-offs to Georgette Heyer ones. I shudder now to think of it, but to his credit he read it with a straight face and urged me to keep writing.

So I did. But, being me, the finishing part was a real problem. Sure, I started lots of novels over the years, always with much enthusiasm. I even remember declaring 1994 to be “the year of the novel”, but that teenage Regency romance was the last one I finished until 2007, when the ducklings were at last old enough for me to be able to string two thoughts together in a coherent manner again.

It was also the year I discovered NaNoWriMo, which has been a huge motivator for me ever since. I completed the first draft of a contemporary romance that year, and was hugely proud of myself.

But of course, “first draft finished” and “publishable quality finished” are two very different beasts. I did NaNoWriMo again every year except one, and produced many more first drafts, but I didn’t revise any to a publishable stage until this year, 2014.

That novel is Twiceborn, and the ebook is available now on Amazon.

Or to put it another way:

OMG I PUBLISHED A BOOK!!!

I’ve been waiting such a long time to say that. 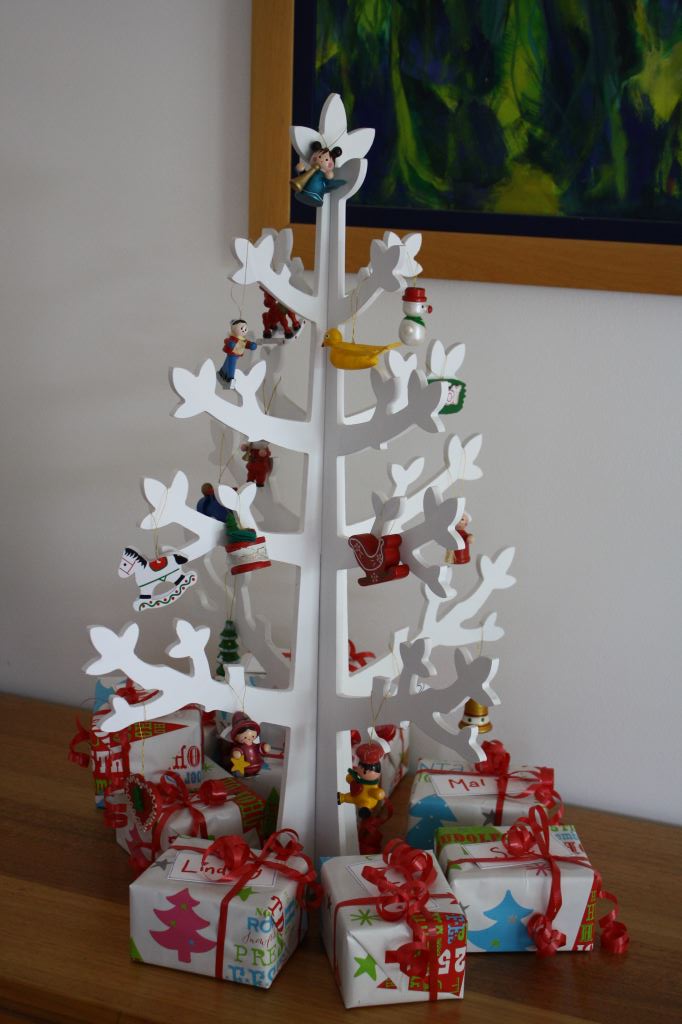 Merry Christmas, everyone! Hope Santa brings you lots of nice books to read. I was lucky: I have a new Benedict Jacka, a new Guy Gavriel Kay, and a lovely quilting book so I can plan a whole bunch of new quilts to join the unfinished pile.

Christmas was very yummy at our house. The girls made these gorgeous Santas that featured in the Sunday newspaper last weekend. Aren’t they cute? 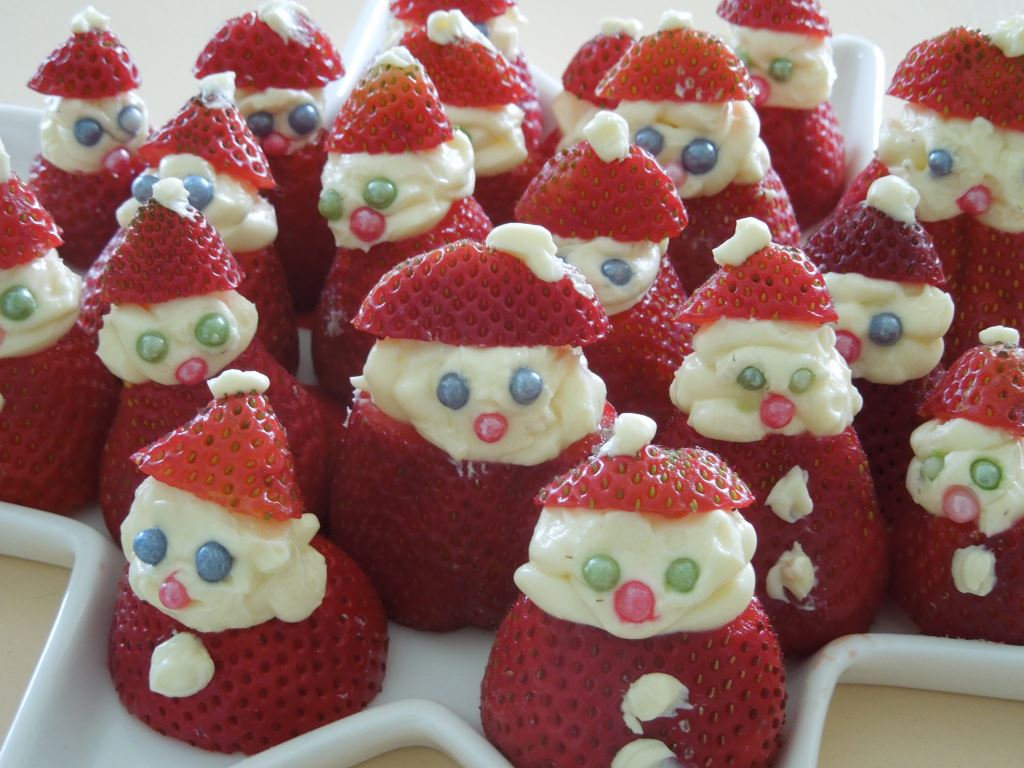 And here’s a couple of photos for the Dr Who fans. Don’t blink! There’s a weeping angel on the top of our tree this year: 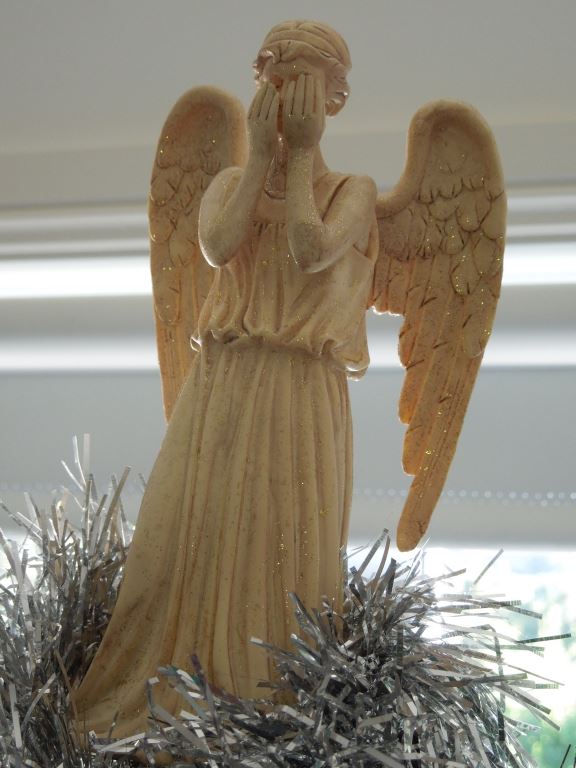 Fortunately my husband’s traditional tree-topper is a great defence against their deadly gaze: 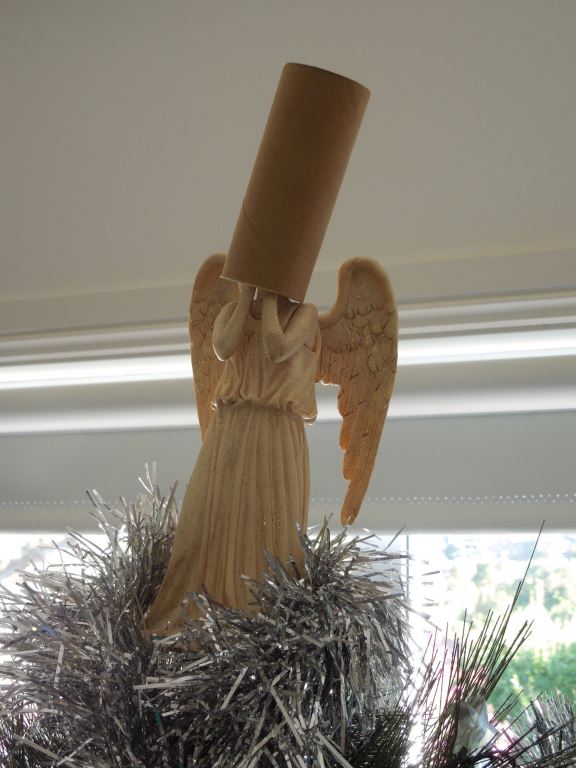 Hope you have/had a lovely day, full of friends and family and good cheer!

If you were an alien observing Western culture, you could be forgiven for thinking Easter is a celebration of chocolate. I guess the chocoholics among us could argue that good chocolate is like a religious experience, but wow – does there have to be quite so much of it? My kids are inundated with enough to last for months by family members eager to spoil them.
You may recall a few years ago I decided to give up sugar. (Sadly a lot has crept back into my diet, but that’s another story.) When Easter rolled around, this posed a troubling dilemma – since they were little, I’d always done an egg hunt with them on Easter Sunday morning. They used to make and decorate their own baskets for collecting eggs, and look forward to it for weeks.
But now it felt like offering them poison – yet I loved the egg hunts as much as they did, and didn’t want to give it up. There’s something so fun about finding tricky places to hide little treasures and watching the kids run around like headless chooks looking for them.
What to do? 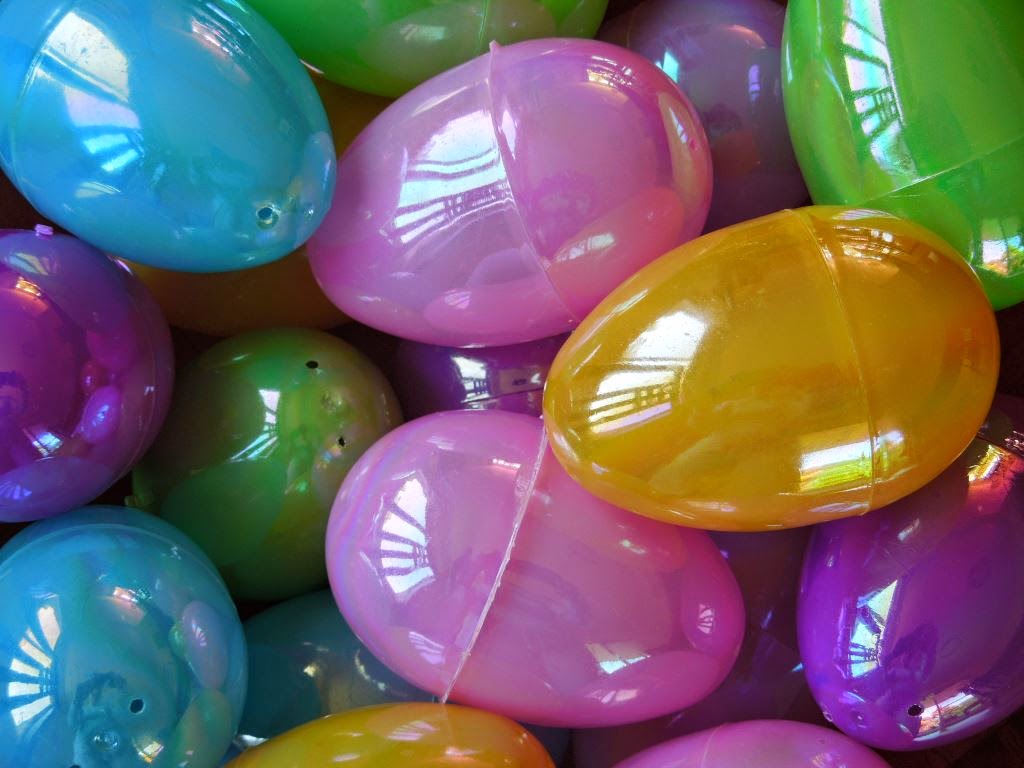 Enter plastic eggs from the $2 shop: a little more challenging to organise, but even more fun for the egg hunters, because they get lots of little surprises.
Buy the biggest ones you can find! These are plastic eggs Mark II; the first year I had much smaller ones, and it was a struggle to find anything small enough to fit inside them. 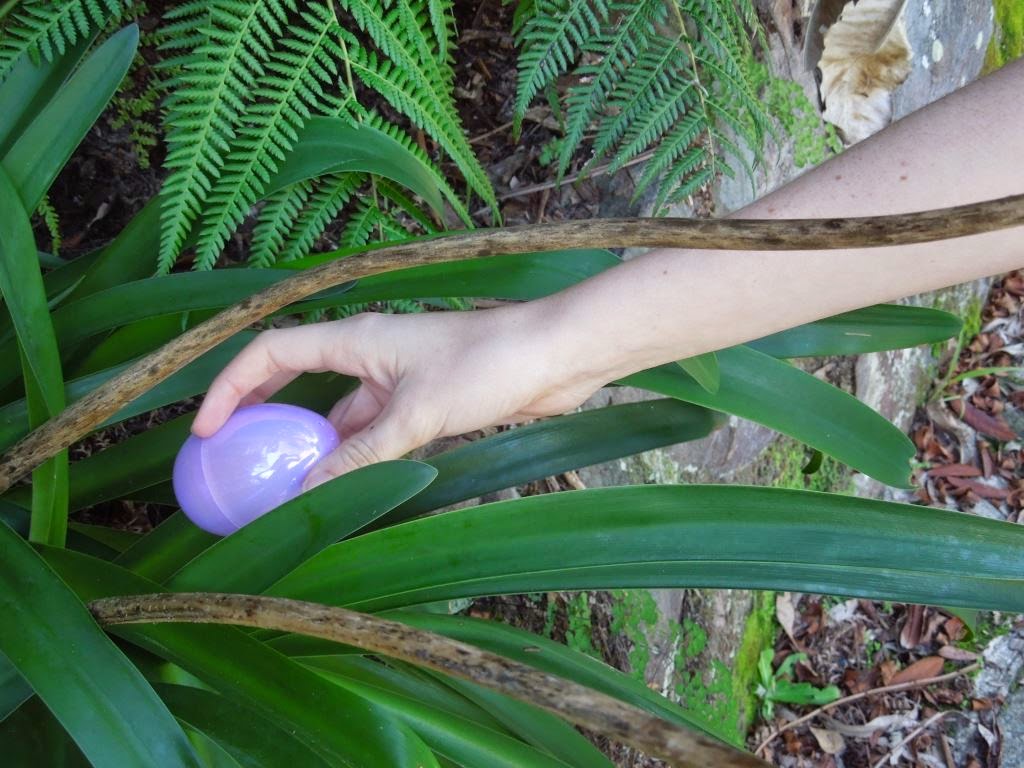 The other good thing about plastic eggs is you can customise each child’s little gifts by assigning them their own colour eggs to hunt for, so your son doesn’t accidentally pick up the necklace meant for your daughter, for example. 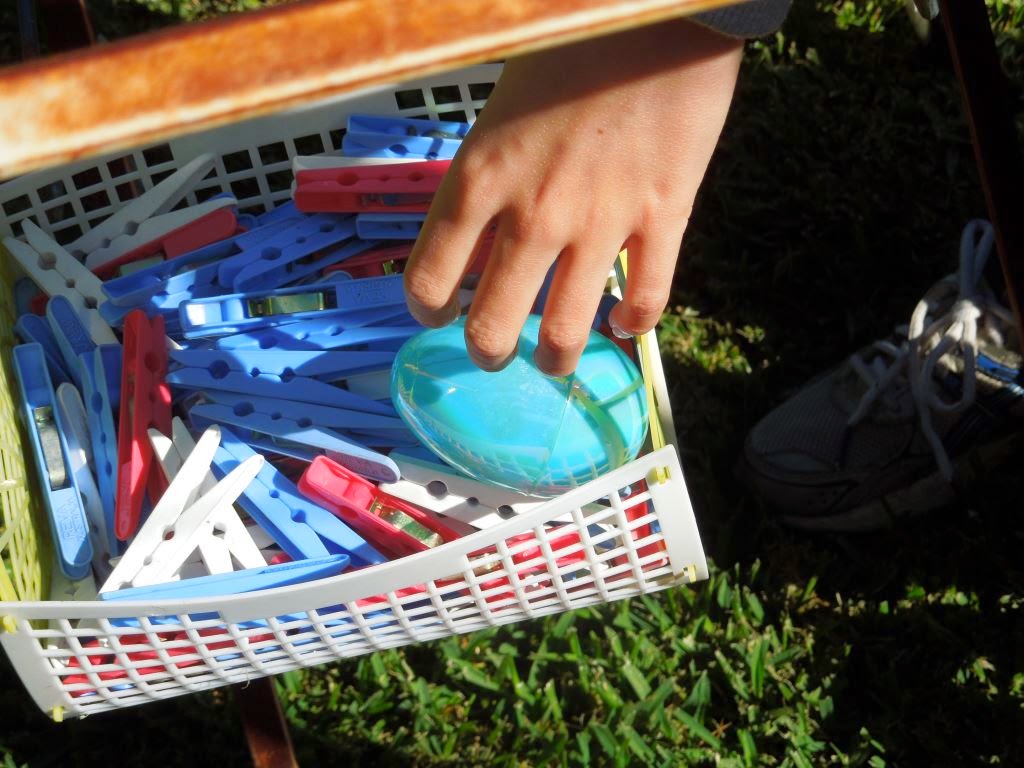 These are a good size, and it’s surprising what you can fit in them: mini torches, novelty erasers, jewellery: 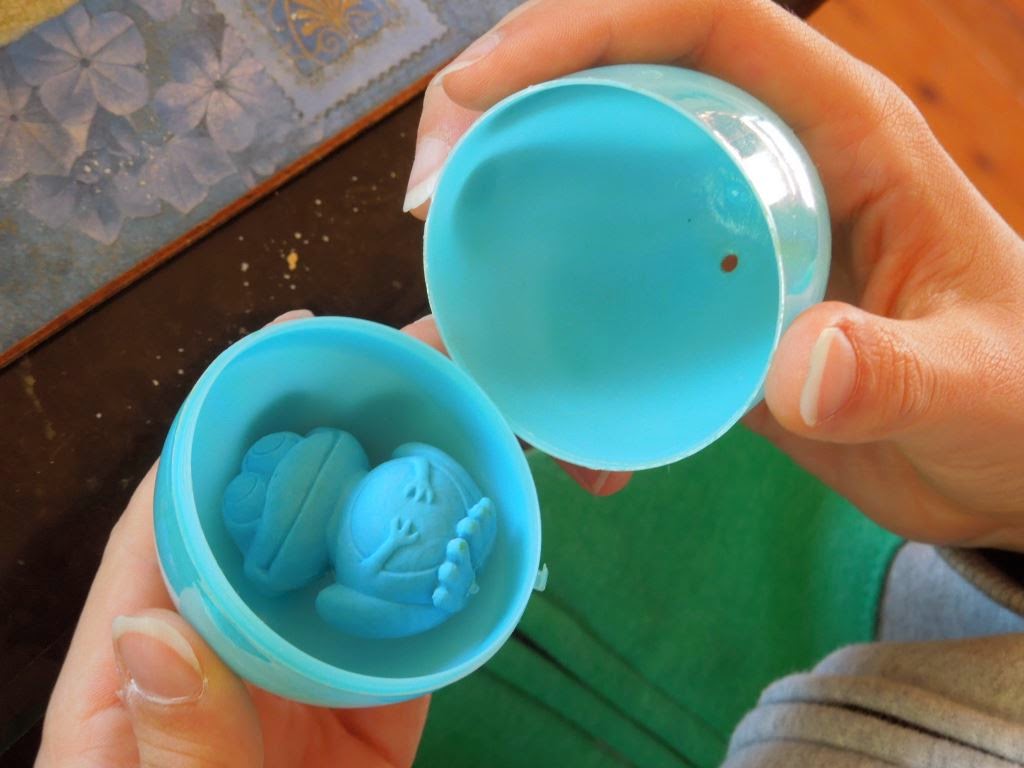 A Lego minifigure! (See if you can guess which duckling that was for …) 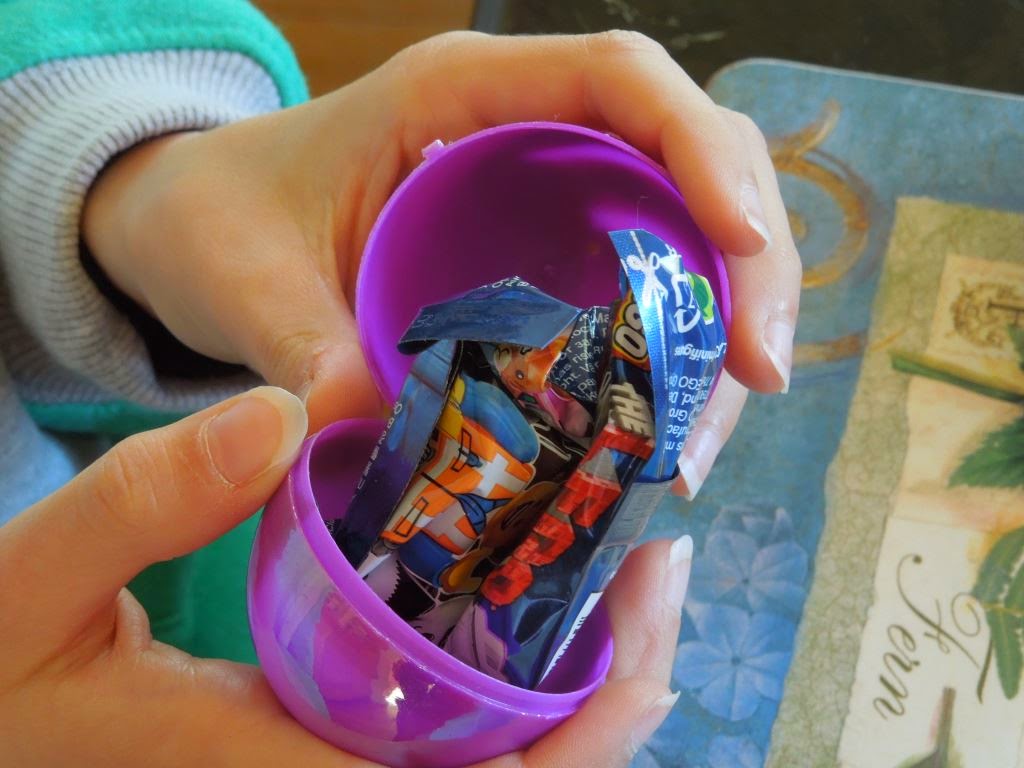 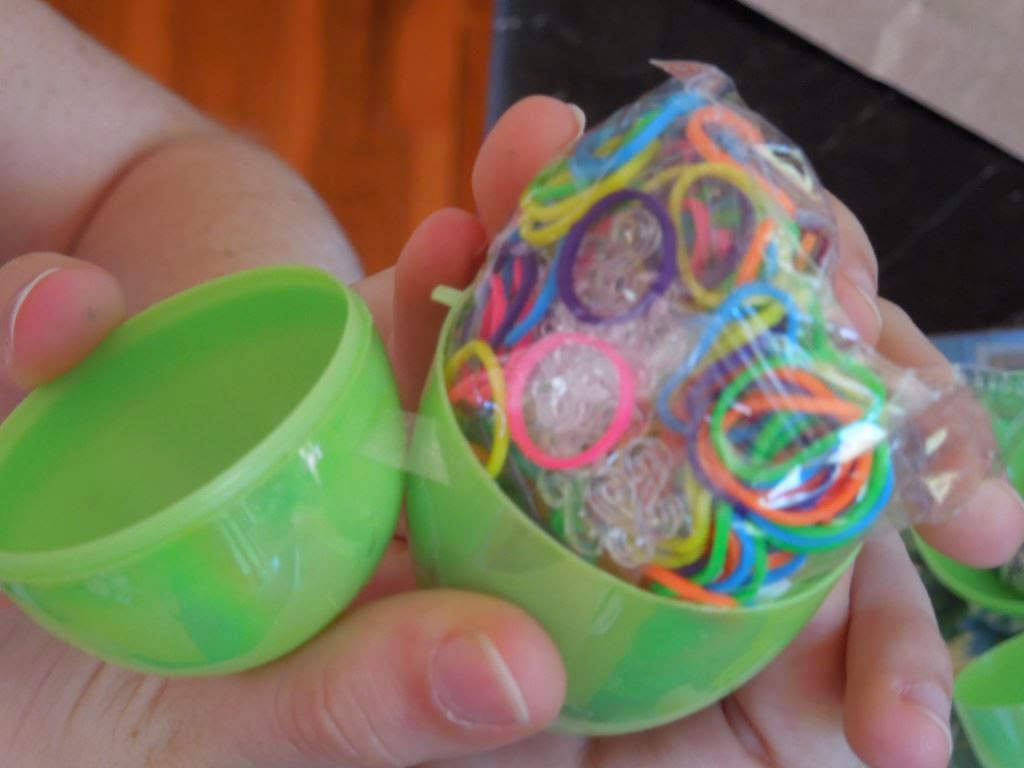 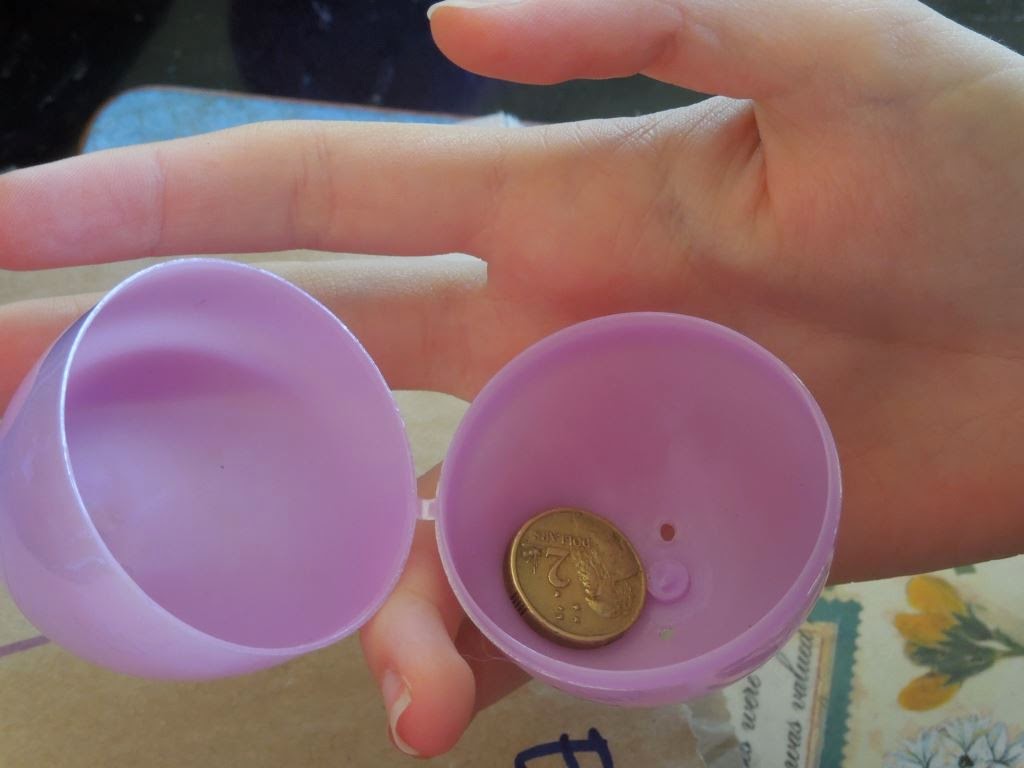 So it does cost more than just chucking a bunch of chocolate eggs around the yard. But hey, they don’t melt in the sun, and you don’t have to try to stop the dog eating them before the hunt starts! 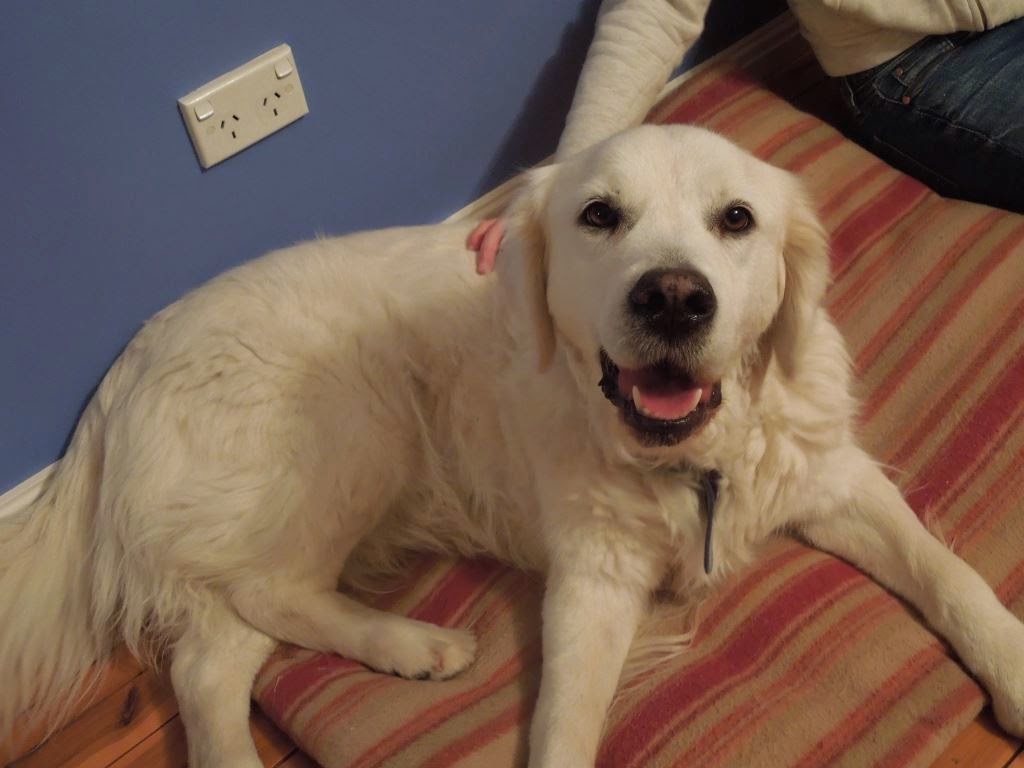 … my true love gave to me: a whole heap of lovely presents. I was very spoiled. Hope you were too, and that your Christmas was happy, however you spent the day. 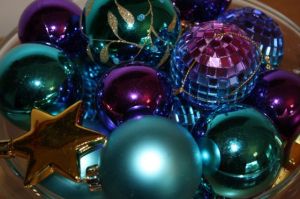 … and all through the house, not a creature was sleeping. Except Baby Duck, who’s worn out from the elevated levels of anticipation. The other two ducklings are lying in bed talking and giggling, despite repeated warnings that Santa Will Not Come until they’re asleep.

It’s now 10:30 and looking like being a looooong night. A little while ago I even threatened to stop Santa on the doorstep and tell him to take all the presents away unless they go to sleep Right Now Dammit.

“Yes, Mummy,” they say through their lying little teeth, then start giggling again before I’ve even made it all the way back down the corridor.

I can’t believe it’s Christmas again already. It feels like only a few months since we did this all last time. Where did that year go?

We went to church tonight, to avoid the rush in the morning. Ha! Us and 57 billion other people. Still, it was a children’s mass and very sweet, with a real live baby – a very fresh one, judging by the size of it – playing the part of the baby Jesus. So cute, though I don’t think I could have done it if it were mine. I’d be busy picturing the 10-year-old Mary dropping my precious bundle.

However, no babies were harmed in the making of the pageant, so it all worked out. The Carnivore sang with his usual gusto and inaccuracy. In Hark the Herald Angels he sang “late in time behold Him come / offspring of the Virgin’s wum”.

“What?” he said when I gave him a funny look. “Womb doesn’t rhyme with come. I always want to sing thumb – or something even worse …”

Is it a sin to laugh in church?

I hope you all have a lovely Christmas. And if you have children, I hope you get some sleep and that the sun is actually up when your little ones bound in full of excitement. Though I know it’s a pretty faint hope. Kids will get excited about Christmas, even if it only feels like three months since the last one to the rest of us! 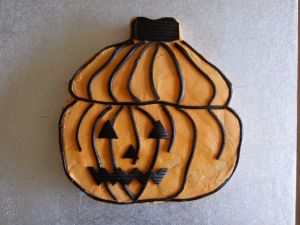 Halloween’s not big in Australia. Ten years ago it slipped completely under the radar. These days you might get a handful of kids knocking on your door, but no one takes much notice.

The ducklings love the whole dressing up and begging for chocolate idea, but I haven’t let them do it up till now. When you spend all your time trying to bring your kids up to be well-behaved, it seems odd to tell them that on this night it’s okay to demand chocolate and threaten to be mean to people who don’t provide it. I love the idea of dressing up, but the “trick or treat” bit bothers me. But maybe countries that do the whole Halloween thing don’t take it that literally? I don’t know.

Anyway, tonight I was supposed to be away, and Daddy was going to take them to hit on the neighbours. As it turned out, my weekend away was cancelled, but I didn’t have the heart to cancel their Halloween plans as well. And they did look good in their outfits. Baby Duck was the world’s cutest vampire. They only visited the neighbours on each side, but still managed a good haul, so they were happy.

The pumpkin photo above is a birthday cake I made a couple of years ago for a scary-themed birthday party. At the same party we had severed fingers, bloodbaths, bats and gingerbread men with stakes through the heart. If you’re celebrating Halloween, I hope you have a good time. I’m sending you virtual Halloween treats: